Even though she roots for a certain team wearing green and gold, that didn’t stop Cristy from paying attention to Vikings victories as a Minnesota resident, with Pothole pizzas and Pepsi drinks paving the way to Cristy’s victory in the Vikings Opening Drive Sweepstakes. As an avid Mountain Dew drinker, she found herself building up entries for the sweepstakes in no time.

When she was one of three finalists, Cristy said she and the other two finalists were talking, shaking hands, and hugging each other as they figured they each had a one-in-three chance of winning the 2021 Ford Bronco Sport, the grand prize at the end of the giveaway.

One by one, the finalists held a key fob and pressed the lock button to determine whether or not it locked the Ford Bronco. Cristy, last in line to press the button, found she won the Ford Bronco when the other two finalists didn’t pick the correct fob.

“I looked immediately at my husband and my eyes were like saucers,” she said. “It’s a once in a lifetime thing.”

Up until a couple days before she won, Cristy didn’t anticipate winning the Ford Bronco at all. She began saying things like, “When I drive this thing home…” around the house.

Although winning a Ford Bronco sounds like a dream, Cristy had other plans. She and her husband had just purchased a new truck around six months ago— if it wasn’t for that, she said she would have kept the Bronco in a heartbeat.

“I’m selling it back to the dealership and I’m going to take the money I get from that,” Cristy said. “We’ve got two vacations planned this year, so that’s going to make all the difference.” 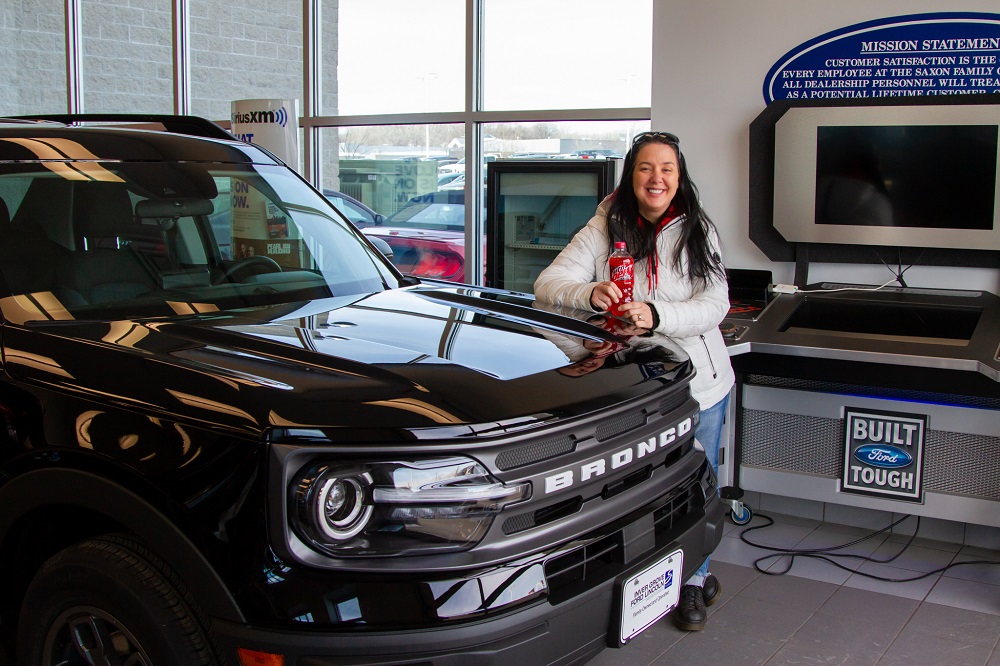